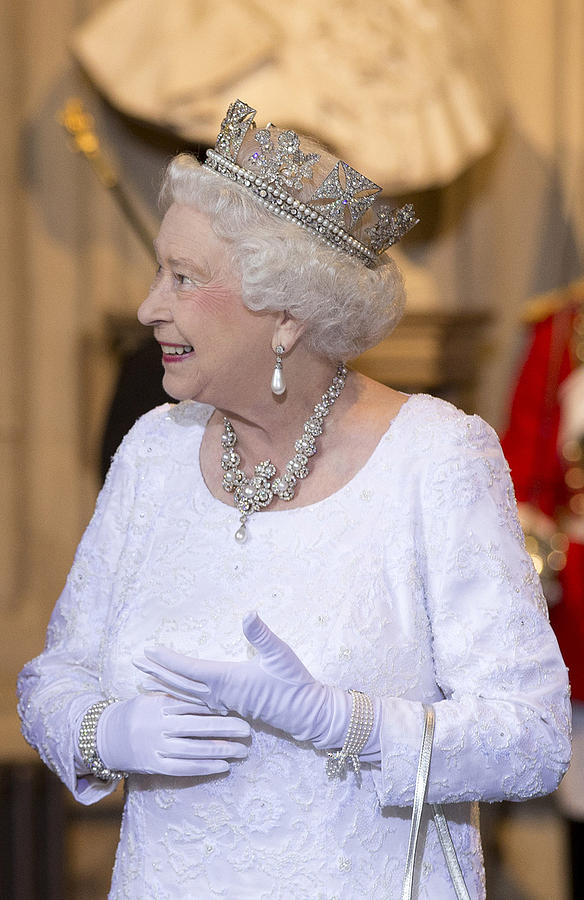 LONDON, ENGLAND - JUNE 04: (EDITORS NOTE: Retransmission of #495527963 with alternate crop.) Queen Elizabeth II is seen as waits for her carriage as she leaves the Palace of Westminster following the Queen's Speech during the State Opening of Parliament in the House of Lords at the Palace of Westminster on June 4, 2014 in London, England. Queen Elizabeth II is to unveil the coalition government's legislative programme in a speech delivered to Members of Parliament and Peers in The House of Lords. Proposed legislation is expected to be introduced on a 5p charge for plastic bags in England, funding of workplace pensions, new state-funded childcare subsidy and reforms to speed up infrastructure projects. (Photo by Alastair Grant - WPA Pool/Getty Images)