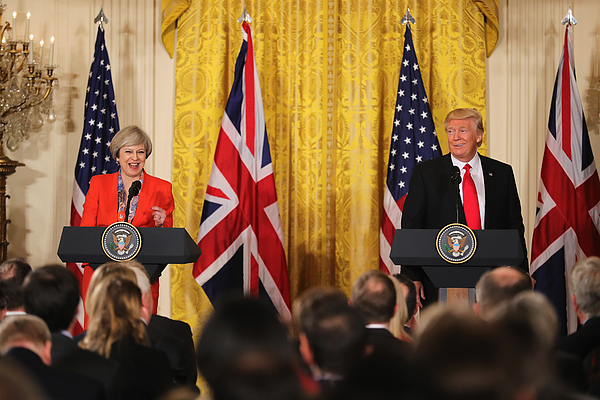 WASHINGTON, DC - JANUARY 27: British Prime Minister Theresa May speaks during a joint press conference with U.S. President Donald Trump in The East Room at The White House on January 27, 2017 in Washington, DC. British Prime Minister Theresa May is on a two-day visit to the United States and will be the first world leader to meet with President Donald Trump. (Photo by Christopher Furlong/Getty Images)