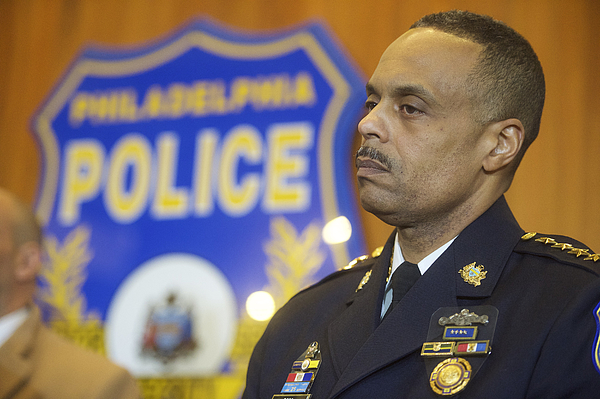 PHILADELPHIA, PA - JANUARY 8: Philadelphia Police Commissioner Richard Ross listens to Mayor Jim Kenney address media at a press conference regarding the shooting of Police Officer Jesse Hartnett, 33, who was ambushed and allegedly shot at 13 times by Edward Archer, 30, last night on January 8, 2016 in Philadelphia, Pennsylvania. Surveillance footage reveals the suspect was dressed in Muslim clothing and wearing a mask. Following his arrest, suspect Edward Archer stated, "I follow Allah and pledge allegiance to the Islamic State and that is the reason I did what I did." (Photo by Mark Makela/Getty Images)