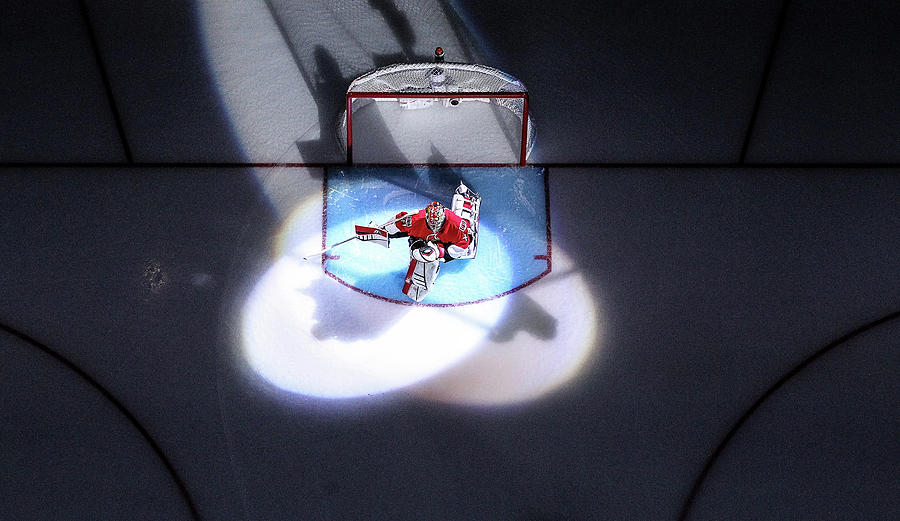 OTTAWA, ON - APRIL 19: The spot lights shine on Craig Anderson #41 of the Ottawa Senators as he stretches in his crease during player introductions prior to playing against the Montreal Canadiens in Game Three of the Eastern Conference Quarterfinals during the 2015 NHL Stanley Cup Playoffs at Canadian Tire Centre on April 19, 2015 in Ottawa, Ontario, Canada. (Photo by Andre Ringuette/NHLI via Getty Images)