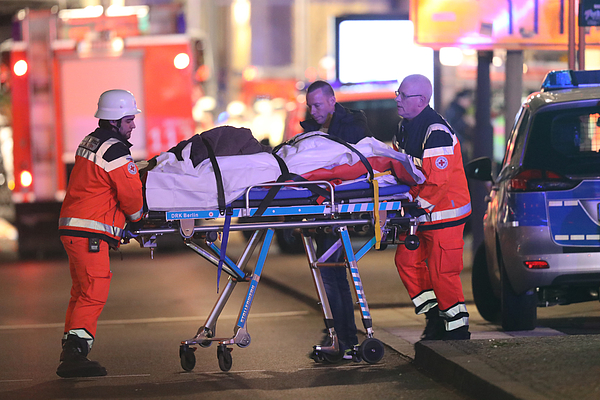 BERLIN, GERMANY - DECEMBER 19: Rescue workers push a person on a stretcher in the area after a lorry truck ploughed through a Christmas market on December 19, 2016 in Berlin, Germany. Several people have died while dozens have been injured as police investigate the attack at a market outside the Kaiser Wilhelm Memorial Church on the Kurfuerstendamm and whether it is linked to a terrorist plot. (Photo by Sean Gallup/Getty Images)