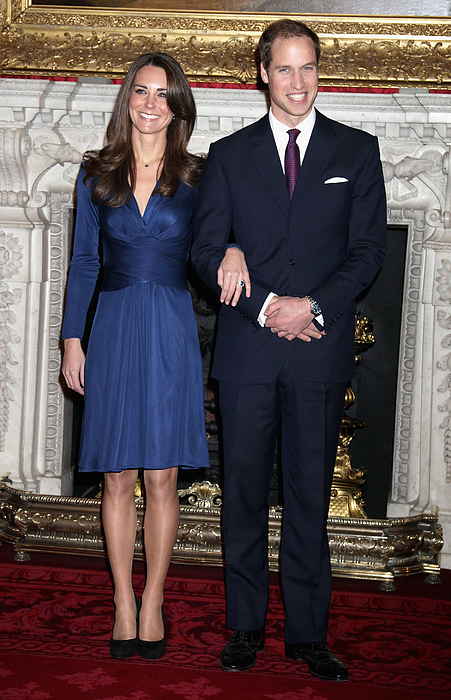 LONDON, ENGLAND - NOVEMBER 16: Prince William and Kate Middleton pose for photographs in the State Apartments of St James Palace on November 16, 2010 in London, England. After much speculation, Clarence House today announced the engagement of Prince William to Kate Middleton. The couple will get married in either the Spring or Summer of next year and continue to live in North Wales while Prince William works as an air sea rescue pilot for the RAF. The couple became engaged during a recent holiday in Kenya having been together for eight years. (Photo by Chris Jackson/Getty Images)