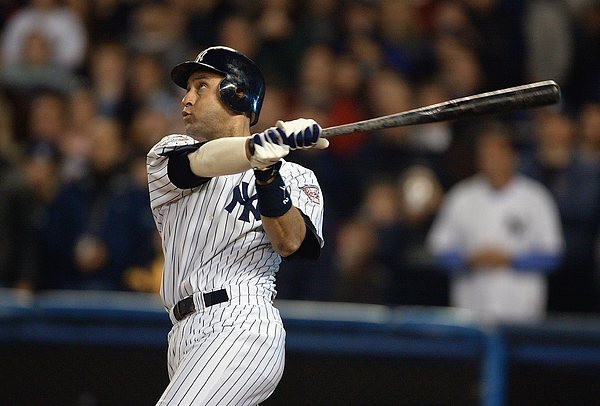 BRONX, NY - OCTOBER 25: Shortstop Derek Jeter #2 of the New York Yankees is at bat against the Florida Marlins during game six of the Major League Baseball World Series on October 25, 2003 at Yankee Stadium in the Bronx, New York. The Marlins defeated the Yankees 2-0 to win the World Series. (Photo by Al Bello/Getty Images)