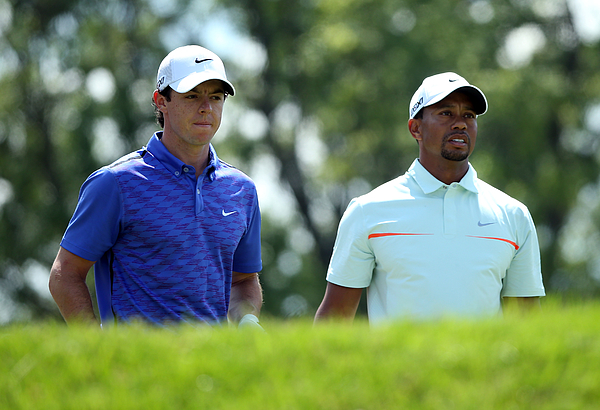 ARDMORE, PA - JUNE 15: (L-R) Rory McIlroy of Northern Ireland and Tiger Woods of the United States look on from the fourth tee during Round Three of the 113th U.S. Open at Merion Golf Club on June 15, 2013 in Ardmore, Pennsylvania. (Photo by Andrew Redington/Getty Images)