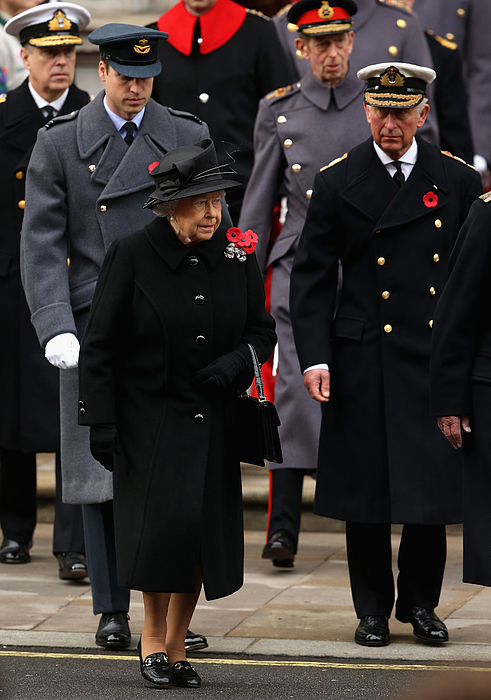 LONDON, UNITED KINGDOM - NOVEMBER 09: Prince William, Duke of Cambridge Queen Elizabeth II and Prince Charles, Prince of Wales attends the annual Remembrance Sunday Service at the Cenotaph on Whitehall on November 9, 2014 in London, United Kingdom. People across the UK gather to pay tribute to service personnel who have died in the two World Wars and subsequent conflicts, with this year taking on added significance as it is the centenary of the outbreak of World War One. (Photo by Chris Jackson/Getty Images)