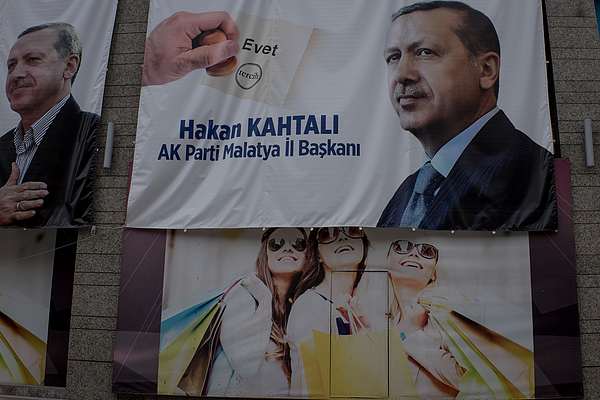 The Road To The Turkish Referendum

The Road To The Turkish Referendum

MALATYA, TURKEY - APRIL 12: A "EVET" (Yes) campaign billboard showing the portrait of Turkish President Recep Tayyip Erdogan is seen over the top of a clothing advertisement at a shopping mall on April 12, 2017 in Malatya, Turkey. Campaigning by both the "Evet"(Yes) and "Hayir" (No) camps has intensified across the country ahead of Turkey holding a constitutional referendum on April 16, 2017. Turks will vote on 18 proposed amendments to the Constitution of Turkey. The controversial changes seek to replace the parliamentary system and move to a presidential system, which would give President Recep Tayyip Erdogan executive authority. (Photo by Chris McGrath/Getty Images)