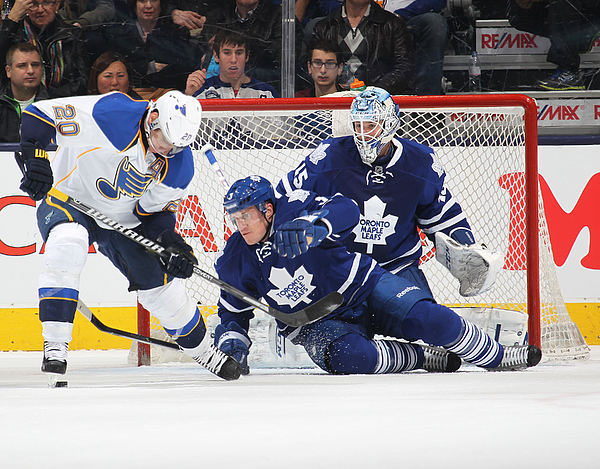 TORONTO, ON - MARCH 25: Alex Steen #20 of the St. Louis Blues gets the puck away from Dion Phaneuf #3 of the Toronto Maple Leafs during an NHL game at the Air Canada Centre on March 25, 2014 in Toronto, Ontario, Canada. The Blues defeated the Leafs 5-3. (Photo by Claus Andersen/Getty Images)