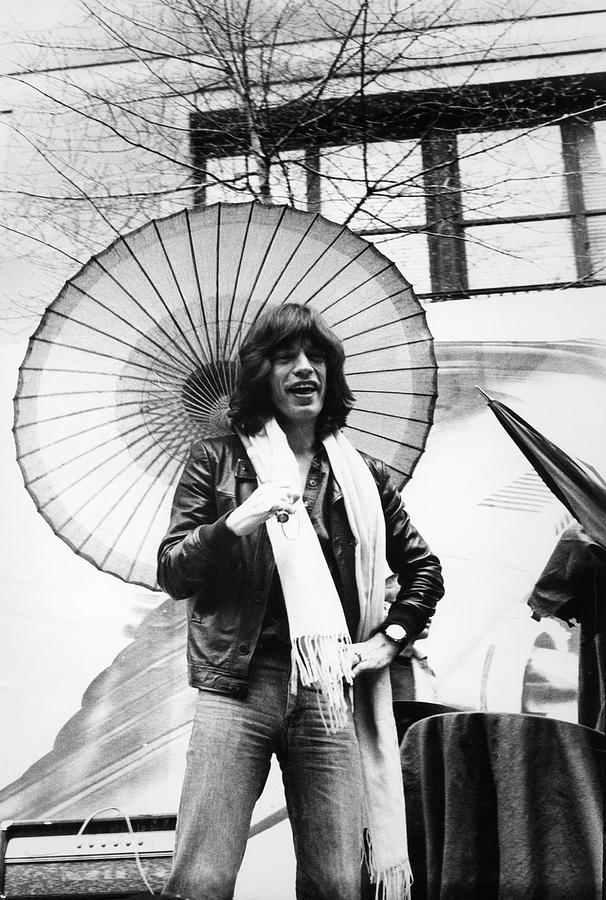 View, from below, British musician Mick Jagger of the rock band the Rolling Stones, New York, New York, May 1, 1975. The band announced their 'Tour of the Americas '75' with a performance on a flatbed truck on 5th Avenue. (Photo by Fred W. McDarrah/Getty Images)