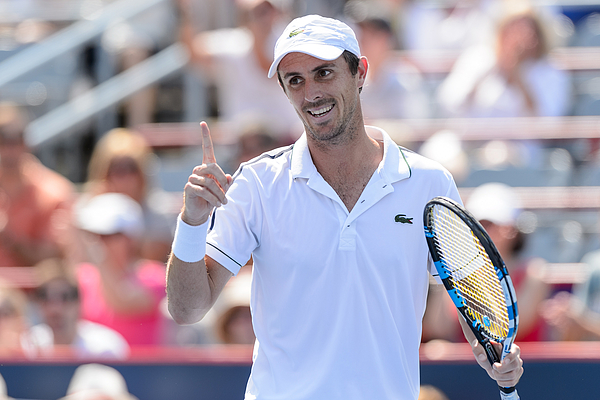 MONTREAL, ON - AUGUST 16: Edouard Roger-Vasselin of France reacts after gaining a point over Bob Bryan and Mike Bryan of USA during day seven of the Rogers Cup at Uniprix Stadium on August 16, 2015 in Montreal, Quebec, Canada. (Photo by Minas Panagiotakis/Getty Images)