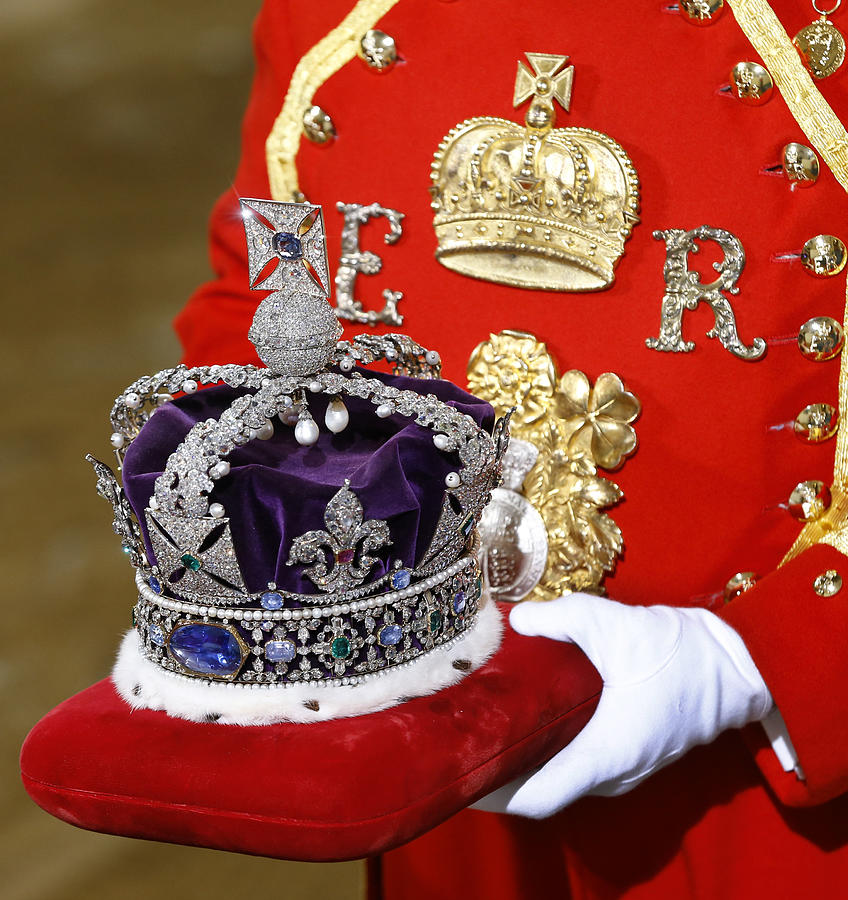 LONDON, ENGLAND - MAY 08: The Imperial State Crown is carried on a cushion as it arrives for the State Opening of Parliament at the Houses of Parliament on May 8, 2013 in London, England. Queen Elizabeth II unveiled the coalition government's legislative programme in a speech delivered to Members of Parliament and Peers in The House of Lords. Proposed legislation is expected to be introduced on toughening immigration regulations, capping social care costs in England and setting a single state pension rate of 144 GBP per week. (Photo by Kirsty Wigglesworth - WPA Pool/Getty Images)