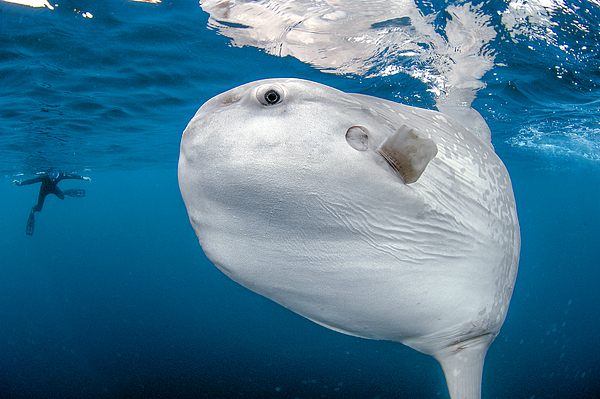 AN ENORMOUS deep water fish known as Mola mola swims to the surface of the ocean - and eyes the camera. The images of the elusive and bizarre-looking fish were captured on numerous trips around the world by experienced diver Daniel Botelho. With its bulbous eyes, flat body and tiny fins, the ocean sunfish is an unusual sight in the blue waters of California and Bali. Mola mola are the heaviest known bony fish in the world and can weigh up to 2,000lb and measure up to 6ft in length.