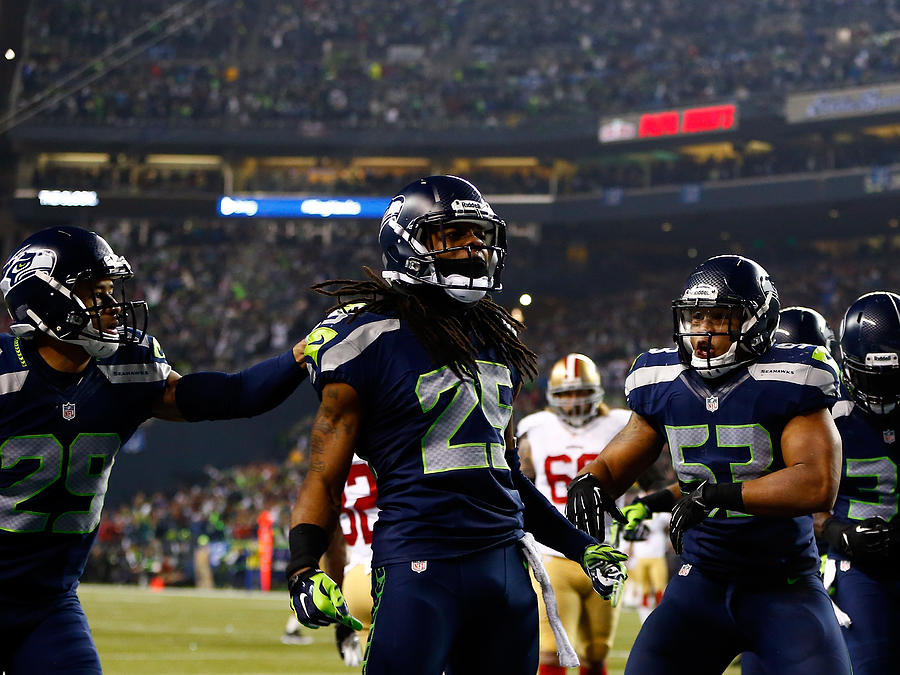 SEATTLE, WA - JANUARY 19: Cornerback Richard Sherman #25 of the Seattle Seahawks celebrates after he tips the ball leading to an intereption by outside linebacker Malcolm Smith #53 to clinch the victory for the Seahawks against the San Francisco 49ers during the 2014 NFC Championship at CenturyLink Field on January 19, 2014 in Seattle, Washington. (Photo by Jonathan Ferrey/Getty Images)