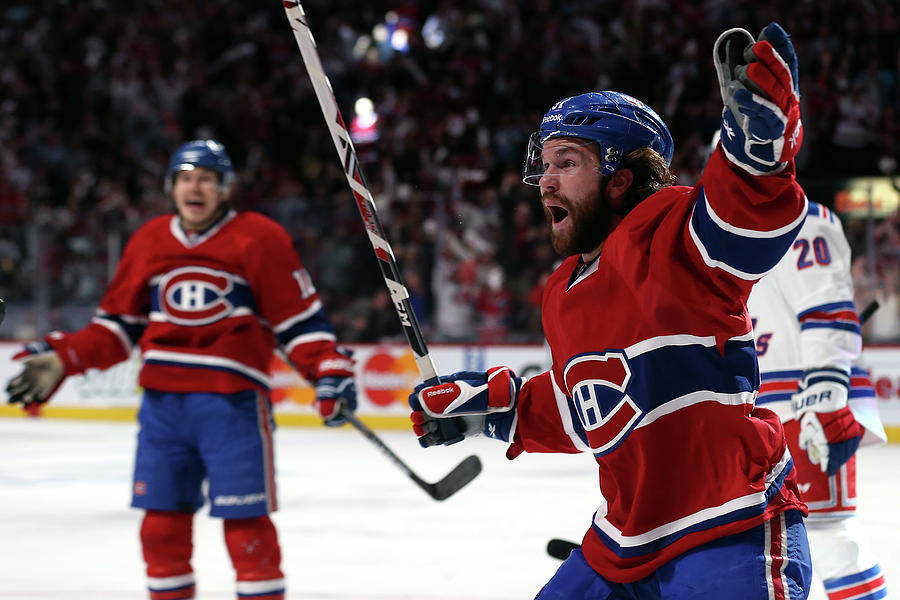 MONTREAL, QC - MAY 19: David Desharnais #51 of the Montreal Canadiens celebrates a goal scored by teammate Max Pacioretty #67 against Henrik Lundqvist #30 of the New York Rangers during the first period in Game Two of the Eastern Conference Final during the 2014 Stanley Cup Playoffs at Bell Centre on May 19, 2014 in Montreal, Canada. (Photo by Bruce Bennett/Getty Images)