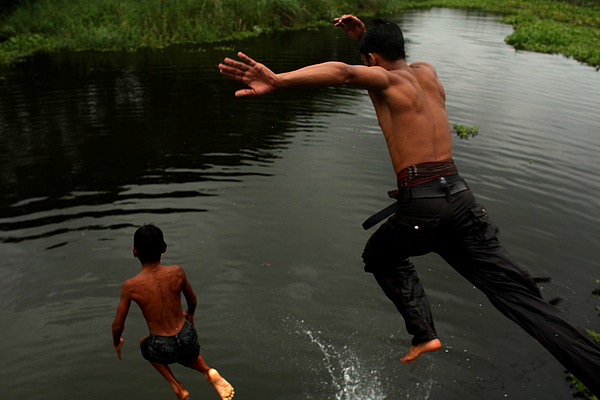 MAWA, BANGLADESH - JULY 18: Children jump in the Padma River July 18, 2008 in Mawa, Bangladesh. Thousands of Bangladeshis are forced each year to move to overcrowded cities and higher ground after the loss of their homes and farms due to erosion and floodwaters. According to reports, if the waters rise one meter in the next 50 years, one third of Bangladesh's coastline may be flooded. An additional 20 million Bangladeshis would then be displaced. Bangladesh is currently one of the world's poorest countries, where nearly 40 percent of the population survives on less than a dollar a day. (Photo by Spencer Platt/Getty Images)