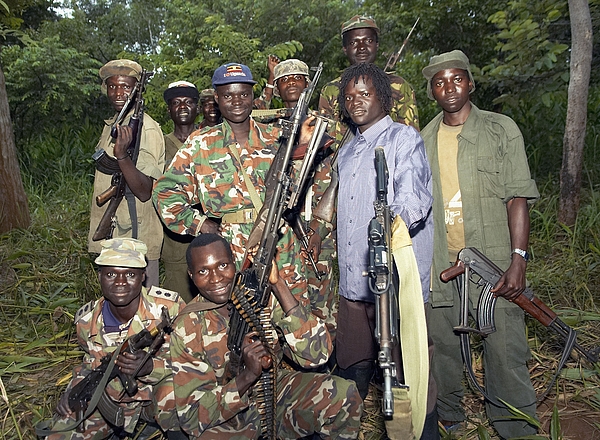 NBANGA, DEMOCRATIC REPUBLIC OF CONGO - JUNE 28: A group of soldiers of the Ugandan rebel militia, the Lord's Residstance Army, pose for a group photo in this image taken on June 11, 2006 in Nbanga, in the Democratic Republic of Congo. The LRA is a paramilitary group which has been engaged in one of Africa's longest running conflicts operating mostly in northern Uganda against the Ugandan government. (Photo by Sam Farmar/Getty Images)