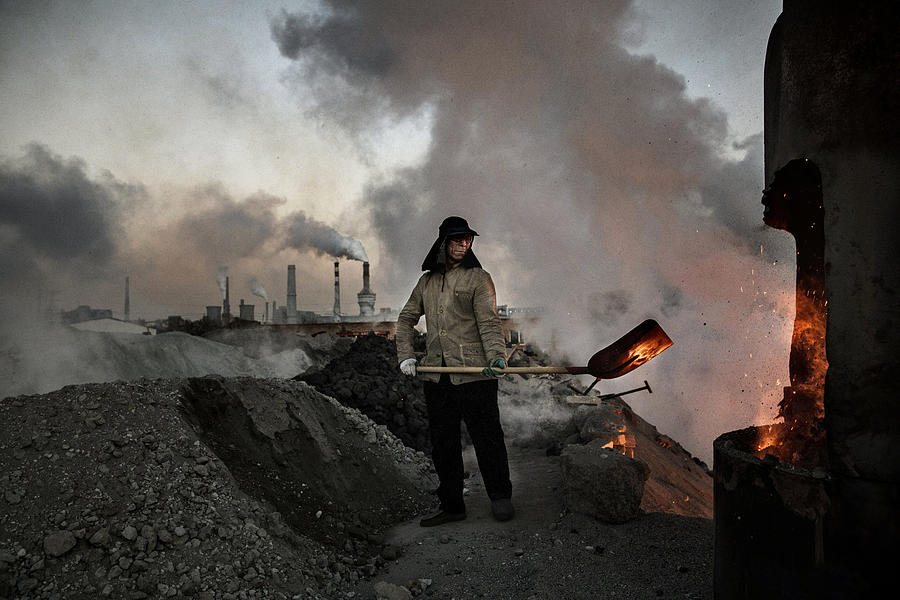 INNER MONGOLIA, CHINA - NOVEMBER 03: A Chinese labourer loads coal into a furnace as smoke and steam rises from an unauthorized steel factory on November 3, 2016 in Inner Mongolia, China. To meet China's targets to slash emissions of carbon dioxide, authorities are pushing to shut down privately owned steel, coal, and other high-polluting factories scattered across rural areas. In many cases, factory owners say they pay informal "fines" to local inspectors and then re-open. The enforcement comes as the future of U.S. support for the 2015 Paris Agreement is in question, leaving China poised as an unlikely leader in the international effort against climate change. U.S. president-elect Donald Trump has sent mixed signals about whether he will withdraw the U.S. from commitments to curb greenhouse gases that, according to scientists, are causing the earth's temperature to rise. Trump once declared that the concept of global warming was "created" by China in order to hurt U.S. manufacturing. China's leadership has stated that any change in U.S. climate policy will not affect its commitment to implement the climate action plan. While the world's biggest polluter, China is also a global leader in establishing renewable energy sources such as wind and solar power. (Photo by Kevin Frayer/Getty Images)