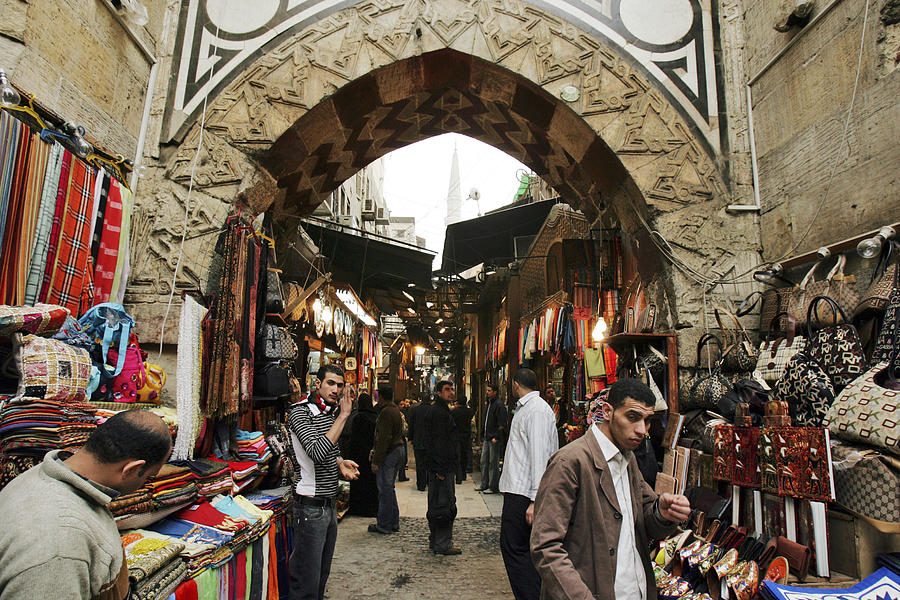 Cairo - The Mother Of The World

Cairo - The Mother Of The World

CAIRO, EGYPT - FEBRUARY 8. Vendors are seen in the Khan al-Khalili bazaar on February 8, 2006 in Islamic Cairo, Egypt. The Khan is one of the largest bazaars in the Middle East and began as a caravanserai built in 1382 by Garkas al-Khalili. Cairo is still the heart of Egypt and is allegorically called "the Mother of World" Greater Cairo's population is estimated at between 18 and 22 million, roughly a quarter of Egypt's total. Some 62 slums and squatter settlements alone are home to about five million people. And there are countless numbers of people living in the ancient cemeteries known as the City of the Dead. The massive and continual increase in the number of people has overwhelmed the city. Housing shortages are rife, buses are packed to the hilt, snarled traffic paralyses life in the city and broken pipes spew water and sewage into the streets. Everything i s discolored , buildings, buses and footpaths are brown and grew from smog and desert dust. (Photo by Marco Di Lauro/Getty Images)