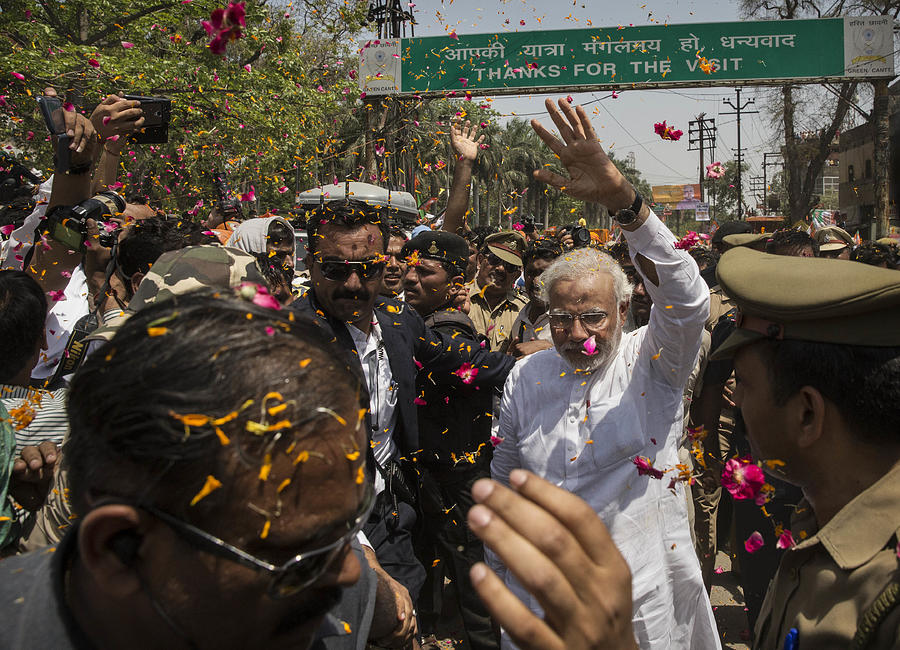 VARANASI, INDIA - APRIL 24: Flowers are thrown as BJP leader Narendra Modi gestures to supporters as he walks on his way to filing his nomination papers on April 24, 2014 in Varanasi, India. India is in the midst of a nine phase election that began on April 7 and ends May 12. (Photo by Kevin Frayer/Getty Images)