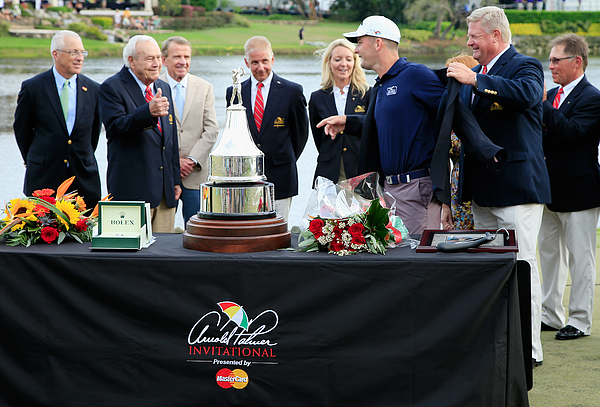 ORLANDO, FL - MARCH 22: Matt Every (2nd R) of the United States is awarded the championship jacket during the awards ceremony as Arnold Palmer (2nd L) looks on after the final round of the Arnold Palmer Invitational Presented By MasterCard at the Bay Hill Club and Lodge on March 22, 2015 in Orlando, Florida. (Photo by Michael Cohen/Getty Images)