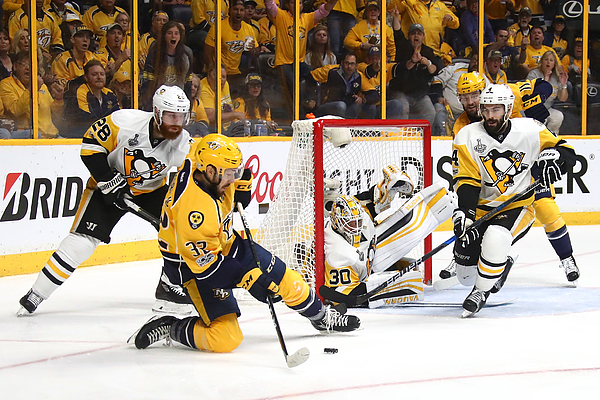 NASHVILLE, TN - JUNE 05: Frederick Gaudreau #32 of the Nashville Predators takes a shot on against Matt Murray #30 of the Pittsburgh Penguins during the second period in Game Four of the 2017 NHL Stanley Cup Final at the Bridgestone Arena on June 5, 2017 in Nashville, Tennessee. (Photo by Frederick Breedon/Getty Images)