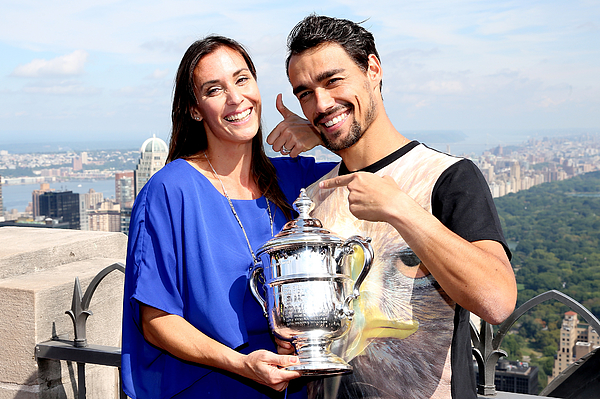 NEW YORK, NY - SEPTEMBER 13: Flavia Pennetta of Italy, the 2015 US Open Women's Singles champion, poses with her fiance Fabio Fognini and the winner's trophy at the Top of the Rock Observation Deck at Rockefeller Center on Day Fourteen of the 2015 US Open on September 13, 2015 in New York City. (Photo by Matthew Stockman/Getty Images)