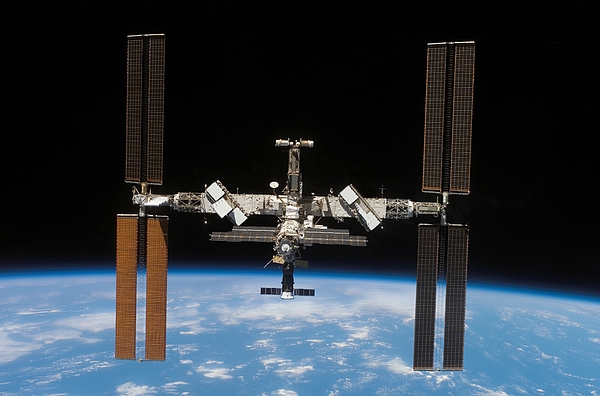 Backdropped by the blackness of space and Earth's horizon, the International Space Station and Space Shuttle Atlantis move farther apart at the end of STS-117's mission, during which the shuttle and station crews concluded about eight days of cooperative work. Undocking of the two spacecraft occurred at 10:42 a.m. EDT on June 19, 2007. STS-117 pilot Lee Archambault was at the controls for the departure and fly-around, which gave Atlantis' crew a look at the station's newly expanded configuration.