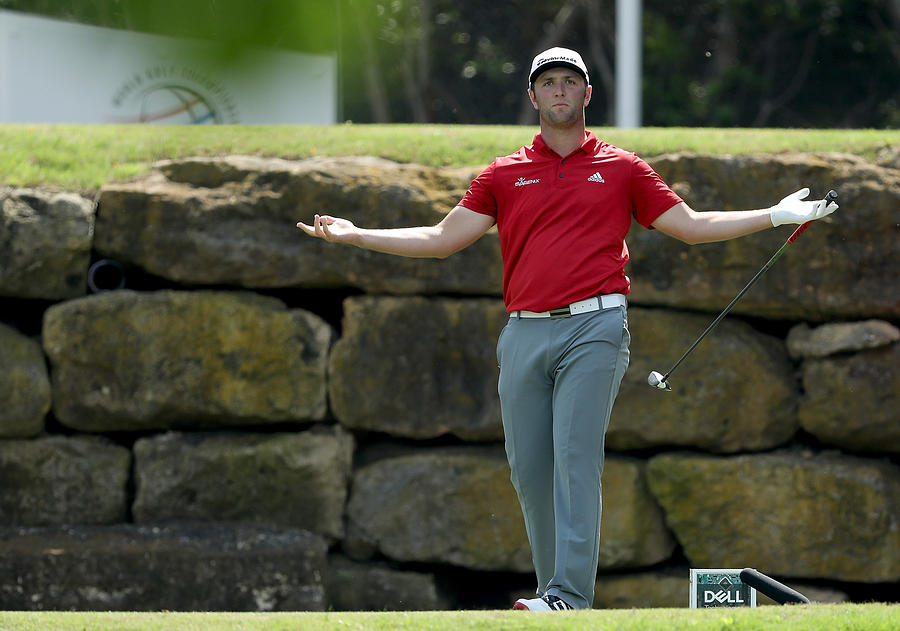 AUSTIN, TX - MARCH 26: John Rahm of Spain raects to his tee shot on the par 4, fifth hole in his match against Dustin Johnson of the United States during the final of the 2017 Dell Match Play at Austin Country Club on March 26, 2017 in Austin, Texas. (Photo by David Cannon/Getty Images)