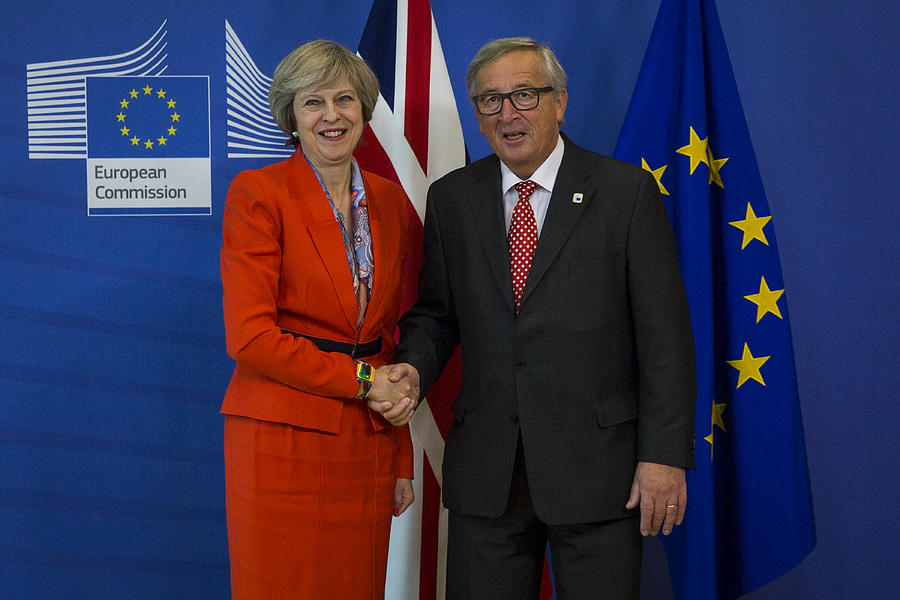 BRUSSELS, BELGIUM - OCTOBER 21: British Prime Minister Theresa May (L) shakes hands with President of the European Commission Jean-Claude Juncker (R) at the European Commission at the end of a two day summit at the Council of the European Union on October 21, 2016 in Brussels, Belgium. Theresa May is attending her first EU Council meeting as the British Prime Minister. The government's Brexit strategy continues to be debated in the UK with Article 50 of the Lisbon treaty to be triggered by the end of March 2017. Article 50 notifies the EU of a member state's withdrawal and the EU is then obliged to negotiate a withdrawal agreement. The process will take two years seeing the UK finally withdraw from the Union in March 2019. (Photo by Jack Taylor/Getty Images)