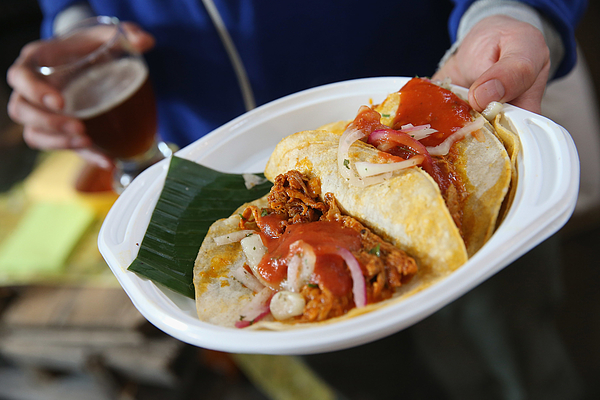 BERLIN, GERMANY - APRIL 11: A visitor bouys Mexican pork tacos on the first day of Street Food Thursday at the Markthalle Neun market hall in Kreuzberg district on April 11, 2013 in Berlin, Germany. Street Food Thursday features sidewalk delicacies from a variety of culinary traditions and will be open every Thursday from 5 until 11. Berlin has become a major tourist destination in Europe and has developed a reputation as a hip, affordable and open-minded city. (Photo by Sean Gallup/Getty Images)