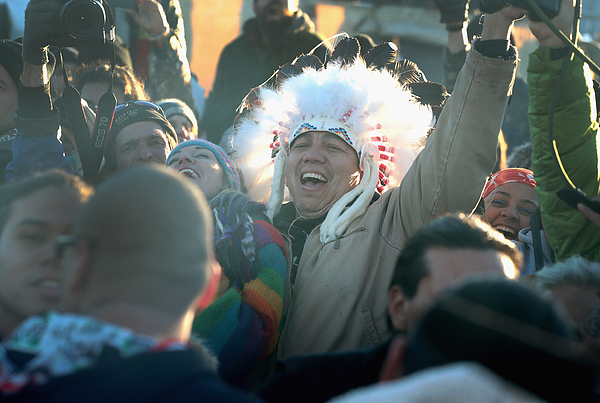 CANNON BALL, ND - DECEMBER 04: Native American and other activists celebrate after learning an easement had been denied for the Dakota Access Pipeline at Oceti Sakowin Camp on the edge of the Standing Rock Sioux Reservation on December 4, 2016 outside Cannon Ball, North Dakota. The US Army Corps of Engineers announced today that it will not grant an easement to the Dakota Access Pipeline to cross under a lake on the Sioux Tribes Standing Rock reservation, ending a months-long standoff. (Photo by Scott Olson/Getty Images)