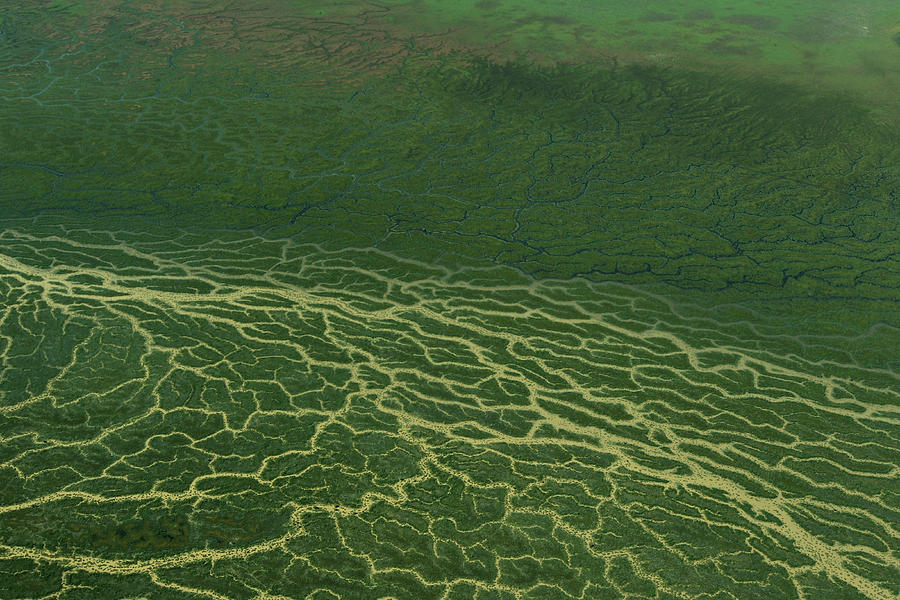 WINDORAH, AUSTRALIA - MARCH 28: The flooded rivers systems outside Windorah are seen from the air on March 28, 2011 in Windorah, Australia. Queensland recently suffered a series of extreme floods from December 2010 to January 2011, affecting more than 200,000 people across more than 70 towns. The State is recovering and after the flooding, many areas of outback Queensland are now thriving with the resulting effect on wildlife and flora being described as once-in-a-generation. With tourism vital to the State's economy, the Queensland and Australian government have committed AUD10 million in emergency tourism funding to promote travel to the state, highlighting Queensland as "open for business". (Photo by Mark Kolbe/Getty Images)