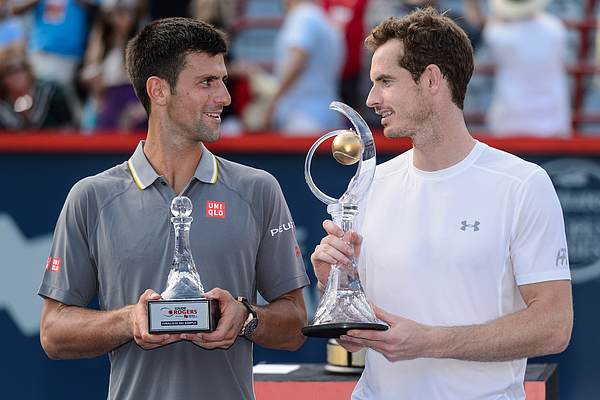 MONTREAL, ON - AUGUST 16: Novak Djokovic of Serbia and Andy Murray of Great Britain looks at one another as they hold their trophies during day seven of the Rogers Cup at Uniprix Stadium on August 16, 2015 in Montreal, Quebec, Canada. (Photo by Minas Panagiotakis/Getty Images)