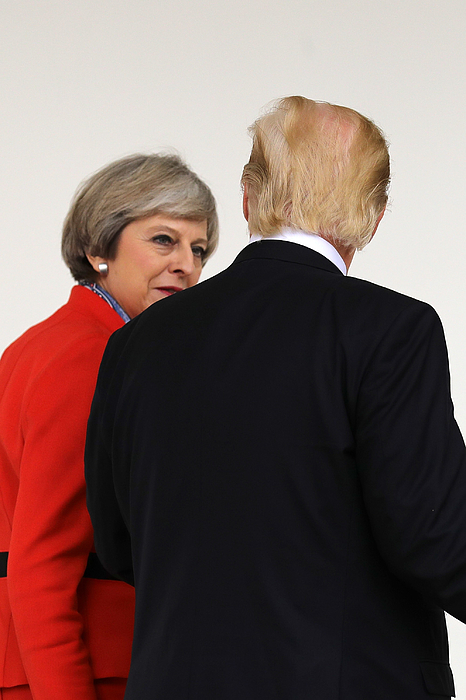 WASHINGTON, DC - JANUARY 27: British Prime Minister Theresa May with U.S. President Donald Trump walk along The Colonnade at The White House on January 27, 2017 in Washington, DC. British Prime Minister Theresa May is on a two-day visit to the United States and will be the first world leader to meet with President Donald Trump. (Photo by Christopher Furlong/Getty Images)