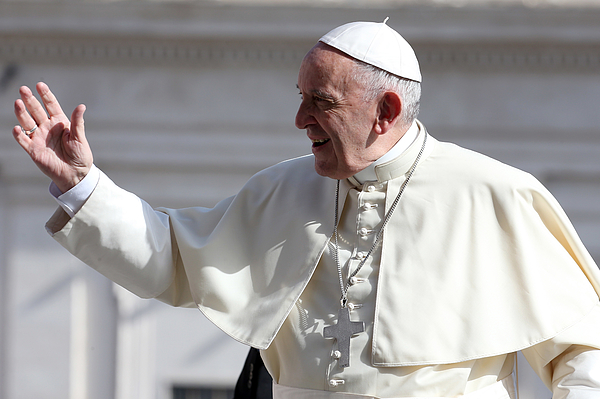 VATICAN CITY, VATICAN - APRIL 25: Pope Francis waves to the pilgrims gathered in St. Peter's Square for the general audience on April 25, 2018 in Vatican City, Vatican. At last week's General Audience, the Holy Father had appealed for respect for Alfie's life, reiterating that 'the only author of life, from its beginning to its natural end, is God.' (Photo by Franco Origlia/Getty Images)