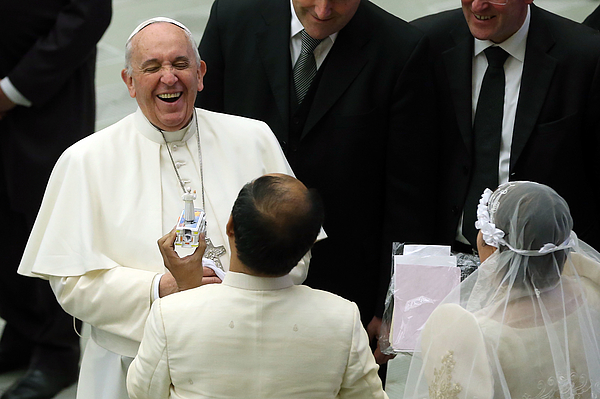 VATICAN CITY, VATICAN - JANUARY 28: Pope Francis smiles as he receives from a newly married couple a figurine featuring himself, during his audience at the Paul VI Hall on January 28, 2015 in Vatican City, Vatican. Speaking during the weekly General Audience, the Pope called on fathers to be present in the lives of their children pointing out that the absence of a 'father figure' can have grave consequences. (Photo by Franco Origlia/Getty Images)