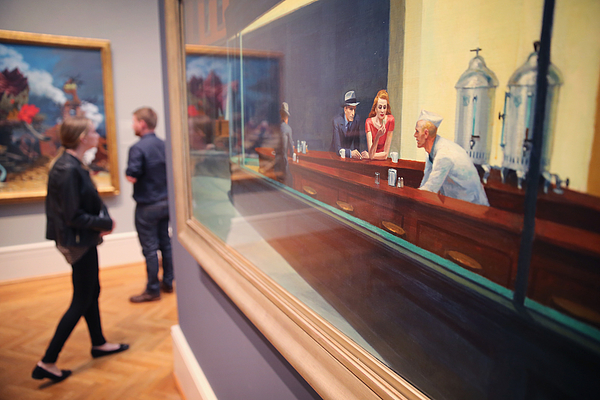 CHICAGO, IL - SEPTEMBER 17: Edward Hopper's Nighthawks hangs at the Art Institute of Chicago on September 17, 2014 in Chicago, Illinois. The museum, which draws around1.5 million visitors a year, has been named the best museum in the world by TripAdvisor. The museum has nearly 1 million square feet of exhibit space and 300,000 pieces of art in its permanent collection. (Photo by Scott Olson/Getty Images)