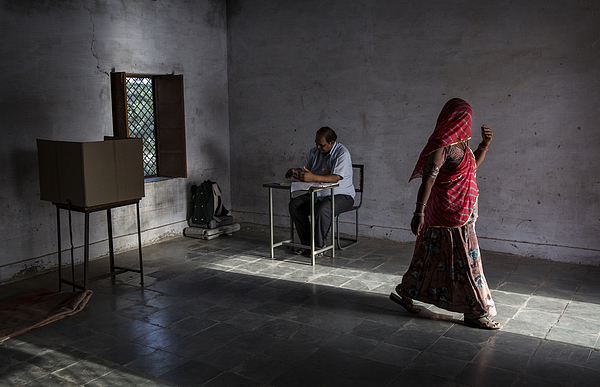 JODHPUR, INDIA - APRIL 17: An Indian woman walks away after casting her ballot at a polling station on April 17, 2014 in the Jodhpur District in the desert state of Rajasthan, India. India is in the midst of a nine-phase election that began on April 7 and ends on May 12. (Photo by Kevin Frayer/Getty Images)