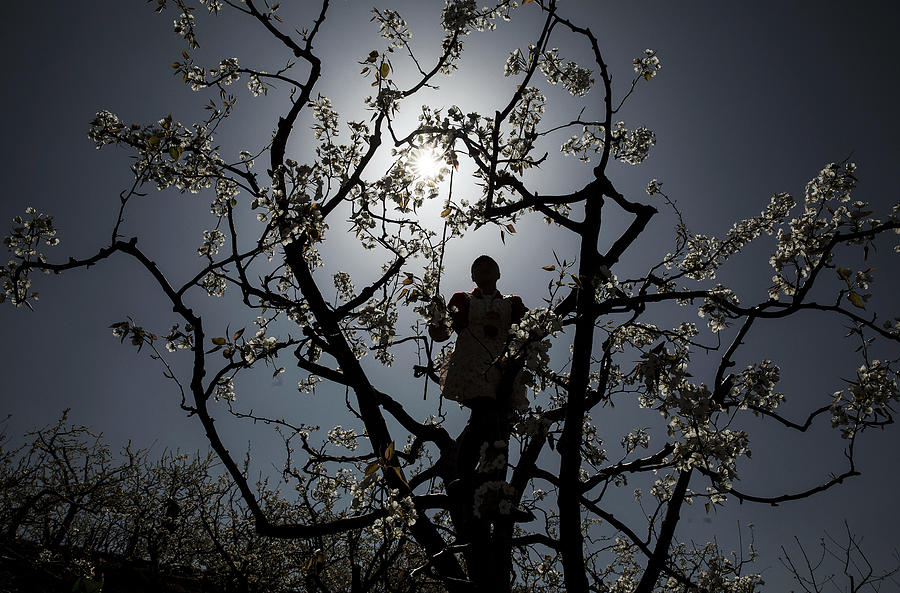 Humans Do The Work of Bees in Rural China

Humans Do The Work of Bees in Rural China

HANYUAN, CHINA -MARCH 25: A Chinese farmer pollinates a pear tree by hand on March 25, 2016 in Hanyuan County, Sichuan province, China. Heavy pesticide use on fruit trees in the area caused a severe decline in wild bee populations, and trees are now pollinated by hand in order to produce better fruit. Farmers pollinate the pear blossom individually. Hanyuan County describes itself as the 'world's pear capital', but the long-term viability of hand pollination is being challenged by rising labor costs and declining fruit yields. A recent United Nations biodiversity report warned that populations of bees, butterflies, and other pollinating species could face extinction due to habitat loss, pollution, pesticides, and climate change. It noted that animal pollination is responsible for 5-8% of global agricultural production, meaning declines pose potential risks to the world's major crops and food supply. (Photo by Kevin Frayer/Getty Images)