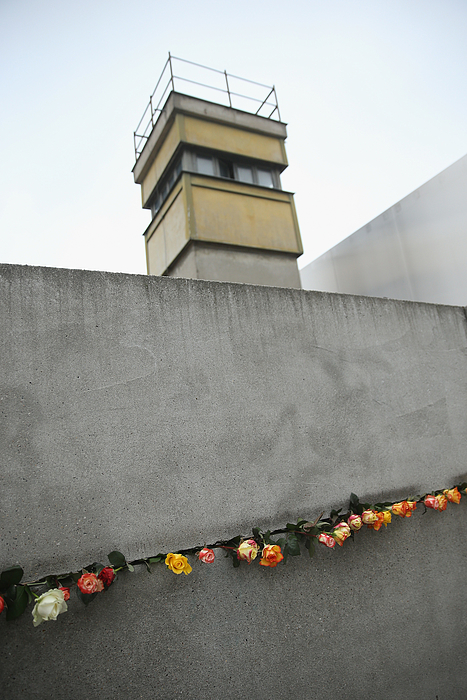 Germany Celebrates 25th Anniversary Of The Fall Of The Berlin Wall

Germany Celebrates 25th Anniversary Of The Fall Of The Berlin Wall

BERLIN, GERMANY - NOVEMBER 09: Flowers left by visitors protrude from in between slats of the former Berlin Wall under a former East German guard tower at the Berlin Wall Memorial at Bernauer Strasse on the 25th anniversary of the fall of the Wall on November 9, 2014 in Berlin, Germany. The city of Berlin is commemorating the 25th anniversary of the fall of the Berlin Wall with an installation of 6,800 lamps coupled with illuminated balloons along a 15km route where the Wall once ran and divided the city into capitalist West and communist East. The fall of the Wall on November 9, 1989, was among the most powerful symbols of the revolutions that swept through the communist countries of Eastern Europe and heralded the end of the Cold War. Built by the communist authorities of East Germany in 1961, the Wall prevented East Germans from fleeing west and was equipped with guard towers and deadly traps. (Photo by Sean Gallup/Getty Images)