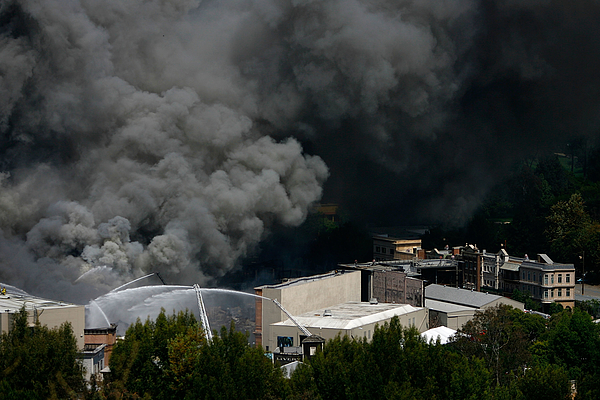 UNIVERSAL CITY, CA - JUNE 01: Approximately 300 firefighters battle a huge fire on the backlot of Universal Studios on June 1, 2008 in Universal City, California. The fire is consuming the filming site of many blockbuster movies including Back to the Future and King Kong. The New York Streets lot and a film vault have reportedly burned. (Photo by David McNew/Getty Images)