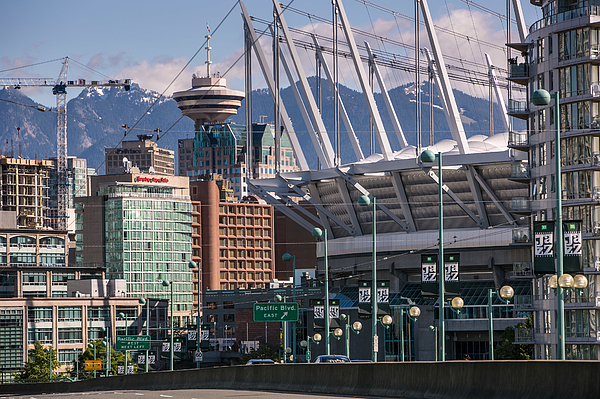 VANCOUVER, CANADA - JUNE 3: BC Place and downtown is viewed from the Cambie Street bridge on June 3, 2013 in Vancouver, British Columbia, Canada. Vancouver is a seaport city with close trading ties to Asia and is the most populous city in Western Canada, with nearly 2.3 million residents in the metropolitan area. (Photo by George Rose/Getty Images)