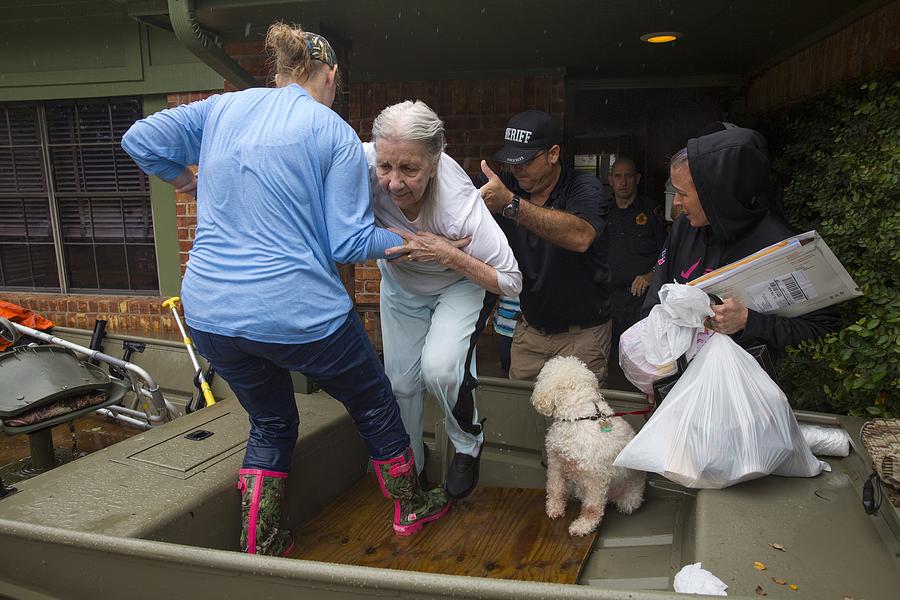 HOUSTON, TX - AUGUST 29: An elderly woman leaves her home and is helped into a boat after flooding caused by heavy rain during Hurricane Harvey August 29, 2017 in the Bear Creek neighborhood in west Houston, Texas. The neighborhood flooded after water was released from nearby Addicks Reservoir. (Photo by Erich Schlegel/Getty Images)