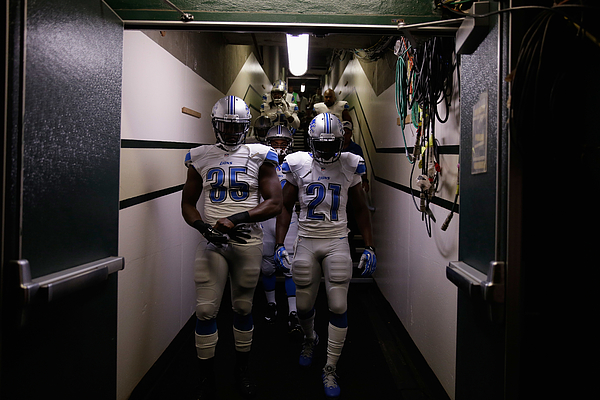 OAKLAND, CA - AUGUST 15: Joique Bell #35 and Reggie Bush #21 of the Detroit Lions walk down the tunnel for their game against the Oakland Raiders during their preseason game at O.co Coliseum on August 15, 2014 in Oakland, California. (Photo by Ezra Shaw/Getty Images)