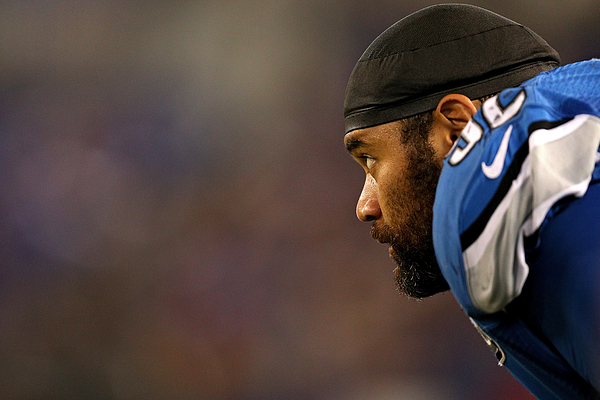 BALTIMORE, MD - AUGUST 27: Defensive tackle Haloti Ngata #92 of the Detroit Lions looks on against the Baltimore Ravens during the second half in their preseason game at M&T Bank Stadium on August 27, 2016 in Baltimore, Maryland. (Photo by Patrick Smith/Getty Images)