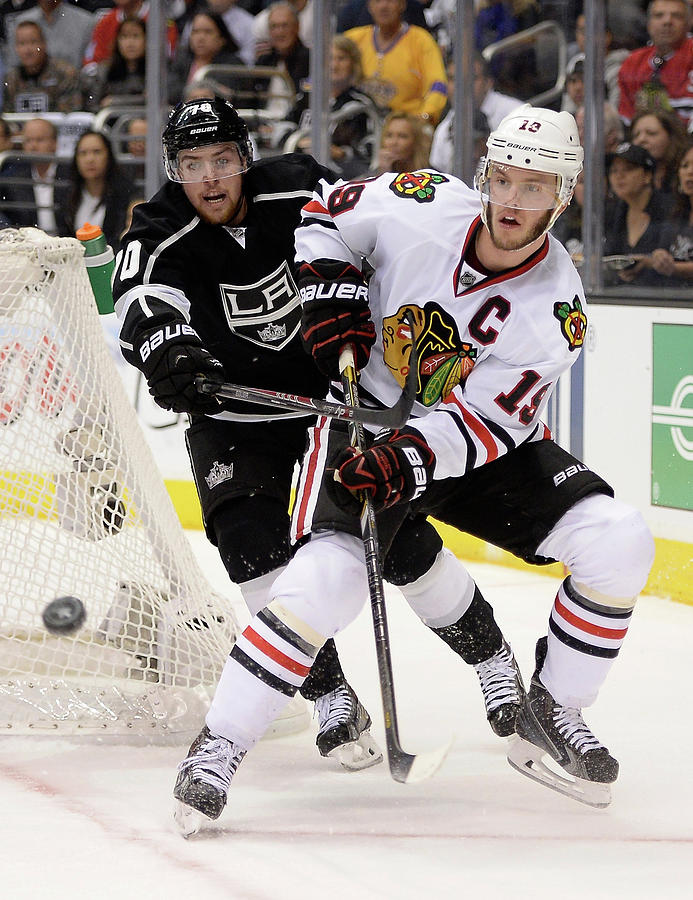 LOS ANGELES, CA - MAY 30: Jonathan Toews #19 of the Chicago Blackhawks goes for the puck in front of Tanner Pearson #70 of the Los Angeles Kings in the second period in Game Six of the Western Conference Final during the 2014 Stanley Cup Playoffs at Staples Center on May 30, 2014 in Los Angeles, California. (Photo by Harry How/Getty Images)