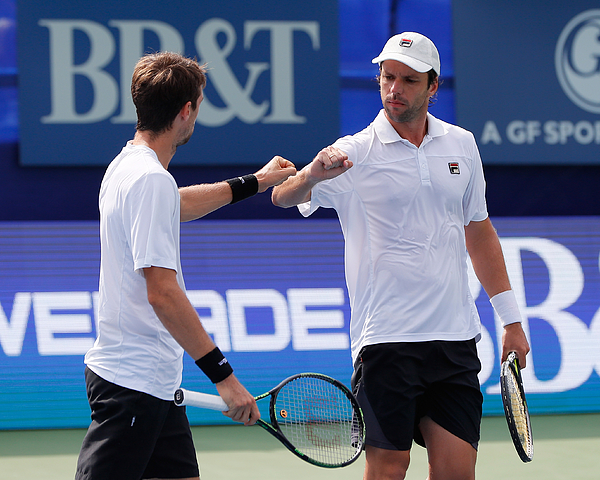 ATLANTA, GA - AUGUST 07: Horacio Zeballos and Andres Molteni of Argentina react in the match against Johan Brunstrom and Andreas Siljestrom of Sweden during the finals of the BB&T Atlanta Open at Atlantic Station on August 7, 2016 in Atlanta, Georgia. (Photo by Kevin C. Cox/Getty Images)