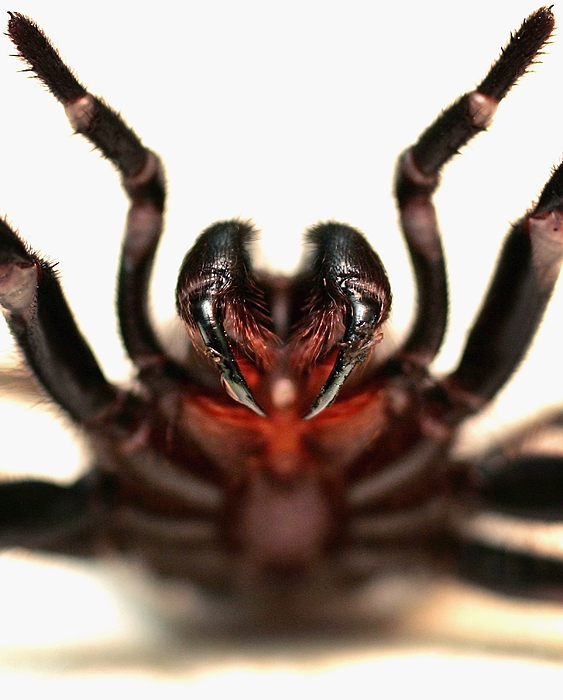 SYDNEY, NSW - JANUARY 23: A Funnel Web spider is pictured at the Australian Reptile Park January 23, 2006 in Sydney, Australia. The Funnel Web is one of Australia's deadliest animals, with a venom that is packed with at least 40 different toxic proteins. A bite from a Funnel Web causes massive electrical over-load in the body's nervous system. Finally, fatalities occur from either heart attack or a pulmonary oedema, where the capillaries around the lungs begin to leak fluid and the patient effectively drowns. Death can come as quickly as two hours after a bite if no medical treatment is sought. Due to advances in anti-venom, there has been no death from a Funnel Web bite in Australia since 1980. Australia is home to some of the most deadly and poisonous animals on earth. (Photo by Ian Waldie/Getty Images)