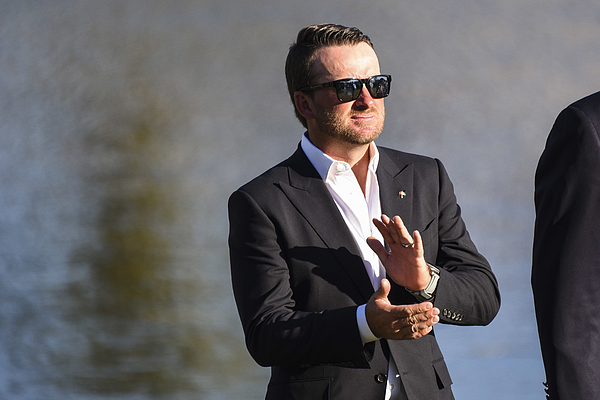 ORLANDO, FL - MARCH 19: Graeme McDowell of Northern Ireland, who served as the honorary co-host of the tournament, applauds during the trophy ceremony following the final round of the Arnold Palmer Invitational presented by MasterCard at Bay Hill Club and Lodge on March 19, 2017 in Orlando, Florida. (Photo by Keyur Khamar/PGA TOUR)