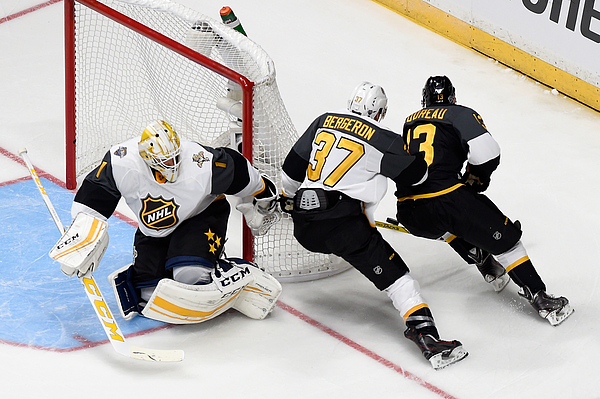 NASHVILLE, TN - JANUARY 31: Johnny Gaudreau #13 of the Calgary Flames and Patrice Bergeron #37 of the Boston Bruins battle for the puck as Roberto Luongo #1 of the Florida Panthers looks on during the 2016 Honda NHL All-Star Final Game between the Eastern Conference and the Western Conference at Bridgestone Arena on January 31, 2016 in Nashville, Tennessee. (Photo by Sanford Myers/Getty Images)