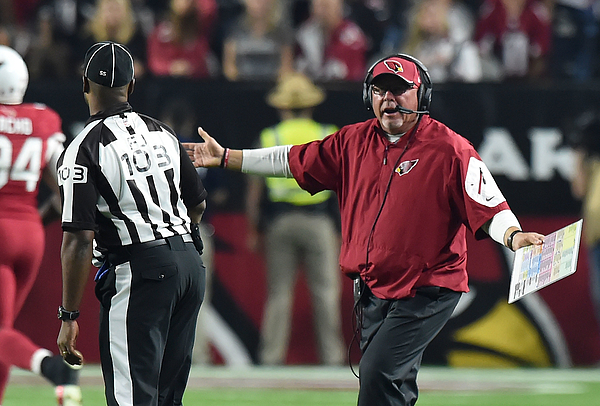 GLENDALE, AZ - DECEMBER 21: Head coach Bruce Arians of the Arizona Cardinals reacts to a call to field judge Eugene Hall #103 in the first half of the NFL game against the Seattle Seahawks at University of Phoenix Stadium on December 21, 2014 in Glendale, Arizona. (Photo by Norm Hall/Getty Images)